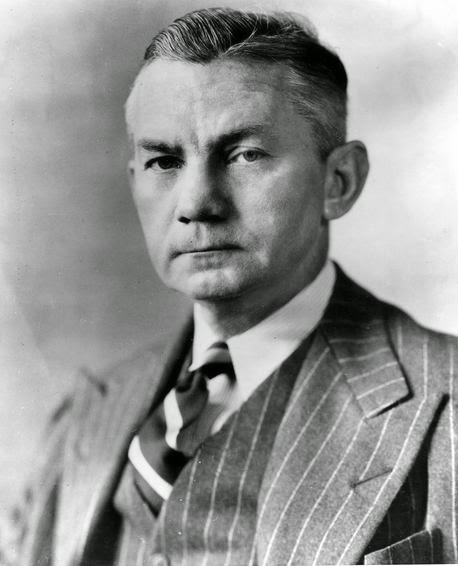 He was the victim of a virulent cabal in the press to discredit him. He was forced to resign from this job as a Secretary of Defense and moved to a psychiatric hospital where he allegedly jumped from a window. There is enough evidence to suggest he was murdered by his enemies in the US government. His death is subject to controversies and conspiration theories.

There no doubt he was murdered by the US government. But the reasons are not clear. It is alleged he was in disagreement about keeping a certain operation secret. Some talk about UFO cover ups. Some accuse early Zionists because he strongly opposed the partition of Palestine and advocated a federal solution. Others defend that it was because he was pushing war or hostilities towards the USSR.

He is an interesting figure:

* Workaholic and ultra-patriotic. Very efficient. Very competent.
* Hardline anti-communist after the end of WWII (opposed over giving Poland  to Staline and opposed to the partition of Germany).
* Defending a strong army and against economizing on military budget.
* Against the partition of Palestine and advocating federalization.

His political enemies in America were (1) the pro-Russians, people advocating peace with Stalinist Russia, and (2) the pro-Zionists, who were physically following him and therefore are prime suspects for his murder.

During private cabinet meetings with President Truman in 1946 and 1947, Forrestal had argued against partition of Palestine on the grounds it would infuriate Arab countries who supplied oil needed for the U.S. economy and national defense. Instead, Forrestal favored a federalization plan for Palestine. Outside the White House, response to Truman’s continued silence on the issue was immediate. President Truman received threats to cut off campaign contributions from wealthy donors, as well as hate mail, including a letter accusing him of “preferring fascist and Arab elements to the democracy-loving Jewish people of Palestine.” Appalled by the intensity and implied threats over the partition question, Forrestal appealed to Truman in two separate cabinet meetings not to base his decision on partition, whatever the outcome, on the basis of political pressure. In his only known public comment on the issue, Forrestal stated to J. Howard McGrath, Senator from Rhode Island:

“…no group in this country should be permitted to influence our policy to the point it could endanger our national security.”

Forrestal’s statement soon earned him the active enmity of some congressmen and supporters of Israel. Forrestal was also an early target of the muckraking columnist and broadcaster Drew Pearson, an opponent of foreign policies hostile to the Soviet Union, who began to regularly call for Forrestal’s removal after President Truman named him Secretary of Defense. Pearson told his own protege, Jack Anderson, that he believed Forrestal was “the most dangerous man in America” and claimed that if he was not removed from office, he would “cause another world war.”

During the Reagan years, Paul Nitze reflected upon the qualities which made a Secretary of Defense great: the ability to work with Congress, the ability at “big-time management,” and an ability at war planning. Nitze felt that Forrestal was the only one who possessed all three qualities together.