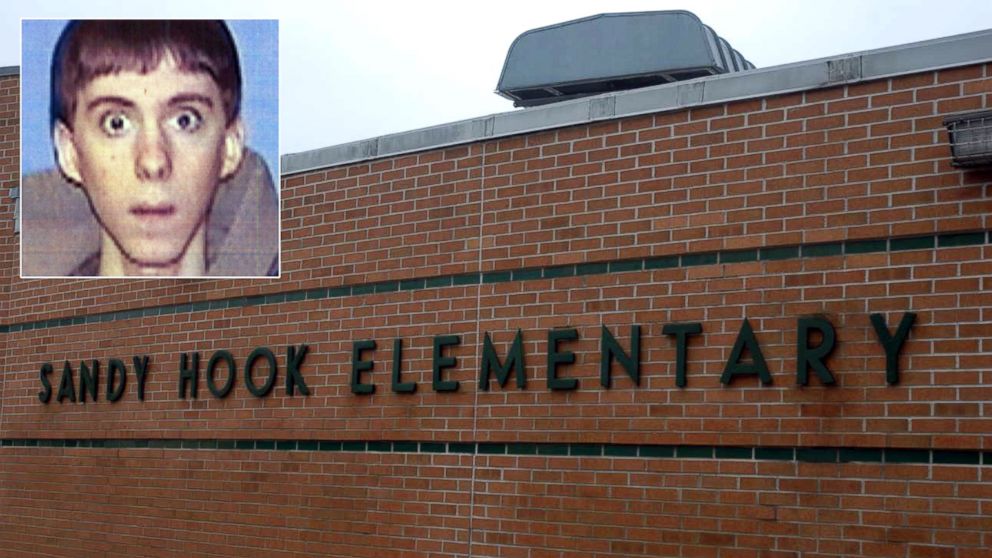 Among researchers it is wildly accepted the Sandy Hook elementary school shooting that happened in Newtown Connecticut on December 14, 2012, was a staged event. I was a drill rehearsed one day before the event and gone “real” the next day. Most believe it was entirely staged and no one died. On March 3, 2015, at a public hearing of the Public Safety and Security Committee (An Act Concerning the Training of Security Personnel) a private citizen named Maureen Crowley boldly spoke out on the Sandy Hook shooting calling it a fraud. This is a video of her speech followed by a full transcript and other sources regarding this event.

This is another version of this video which has been constantly banned from YouTube.

Thank you, all, for allowing me to be here today.
My name is Maureen Crowley. I was born in New Britain, the city in which my great grandfather James Christopher Crowley founded the Crowley Brothers Paint Company in 1885. We then moved to Plainville when I was toddler, moved back to Briton when I was in the 6th grade. I attended St. Francis of Assisi Junior High where Sister Miriam Patrise taught me “When you’re not sure of the right thing to do, the right thing is usually the hard thing to do.”
It’s hard for me to speak here today, to speak — an aging baby boomer — would have been easier to sit home. But the truth never comes easily. It comes with dues for those who choose to speak it. The truth is often not palatable or pristine, but it is simple. Simple, but far from easy.
Security matters indeed, of course it does. Safety. Based on the events in Newtown, Connecticut, December 14, 2012 — not December 13, 2012, the day which was confirmed by [search engine] Bing itself, that the interview with principal Dawn Hochsprung was cached. Not December 13, the day that the September 2013 FBI Report says that the “shooting” occurred. This was before the other report, Uniform Crime Reporting of the FBI, infamously declared no murders in Newtown in 2012. Not December 13, the day that the Social Security Death Index proclaimed was the day that Mr. Fictional himself, “Adam Lanza,” left this world. There’s even a report from the Committee on the Psychiatric Dimensions of Disaster that not only has the date of this event wrong, they have the day of the week wrong. It was NOT on, December 12 was not a Tuesday. December 11 was a Tuesday. In fact, December 11 was the day when United Way started soliciting funds.
The list of pre-knowledge — confirmed, issued, and divulged — is long. How could this be if it were a real shooting, done by a 112-pound young man, standing a full 6 feet tall, wearing a size 8½ shoe, after he neatly made his bed and washed the New Hampshire trip dirt off his mom’s car, and shot 26 people?
No. [Crowley shakes her head]
I was, as some of you here are now, I believed every word out of [CNN anchor] Anderson Cooper’s mouth that day. But once the persecution of Wolfgang Halbig began, I wanted to ask why the Newtown Police would send law enforcement into his home in Florida if they did not have something to hide.
This is serious! This is a non-event that has turned the culture of the state of Connecticut and the culture of the United States of America upside down. Mental health vulturism. Drills in which 3rd-graders are forced to look down the barrel of a gun. And even state monitoring of Connecticut homeschooling, and even a president that wants to war on bullets.
I reject the official narrative of Sandy Hook. I reject the lies. I’m suspicious of the upwards of $500 million raised through a plethora of donation websites with zero ISUC scrutiny, zero money-laundering scrutiny, zero United Way…
We the people are not as stupid as the people in this room think we are.
I invite you to at least watch the video, “We Need to Talk About Sandy Hook.” Again, the name of the video is “We Need to Talk About Sandy Hook.” You’ll find it well thought-out, fact based, zero speculation, and interesting.
I hope you’ll remember my words today, unlike the ten members of the Connecticut State Police who could not remember how they entered the non-commissioned, non-operating Sandy Hook Elementary School that day! You think broken glass would be memorable, at a school that boasted 34 classrooms when it was K through 5, but no mass evacuation captured on a single police dash cam.
Connecticut — the state which I volunteer to teach piano in the prison systems. The state that I graduated from with a Bachelor’s degree from Central Connecticut State University. Connecticut — the state that was nothing but good to me. And I seek to return the favor by speaking the truth. If they don’t like hearing the nickname “Corrupticut,” then neither should any of you.

The amount of videos online and the people calling the Sandy Hook shooting a hoax are overwhelming… The hard proofs or “mistakes” are numerous. At the time, CNN aired a lot of videos that exposed the hoax. All the scenes, reactions, interviews were literally staged like a movie. Some interviews were even filmed the day before or on a fake remote location using a blue or green screen in the background… (This reminds of the infamous fabricated CNN report of babies murdered in cold blood at the time of the Gulf War in 1991, years before the Internet came into play.)

The Sandy Hook event was very quickly and very heavily used and vamped up by anti-gun lobbies and the FBI. Companies selling security stuff for schools who used this event as advertising for their products. Ridiculous donations boxes were set up immediately on the next day in order to make money out of this event. Millions of dollars were collected to pay the actors…

Wolfgang W. Halbig (former Florida State Trooper and Executive Director of the National Institute for School and Workplace Safety) exposed the event as a hoax publicly. He was harassed and threatened by the FBI for years… His interviews are all over the Internet. Check them out.

We Need to Talk About Sandy Hook is a popular documentary about the event (duration 2h45) that has been (constantly) banned from YouTube. These are links to the documentary on other platforms:

What really happened at Sandy Hook? A documentary cataloguing most of the questions raised about the “Sandy Hook Massacre”.

Researcher pretend Adam Lanza did not even exist at all. They say he was “designed” using his supposed “brother” Ryan Lanza who is a real person… This implies his alleged psychiatrist (Rima E. Laibow, MD) is a planted character. And indeed she seems weird to say the least. This a video of her speaking… https://www.youtube.com/watch?v=AHlQlWhHg2c 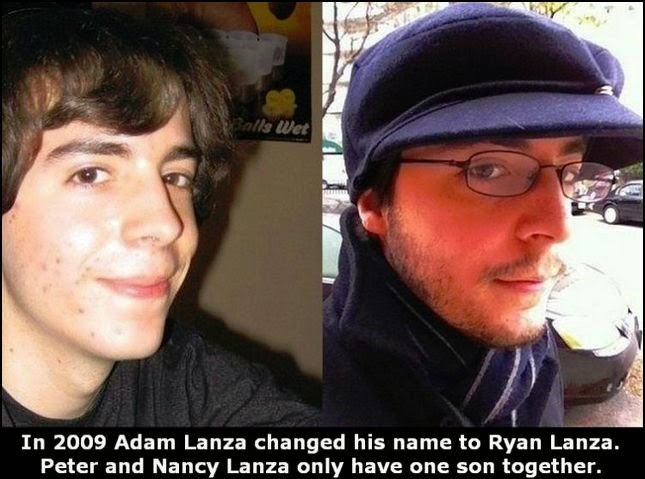 Researchers explain the errors and discrepancies related to the date of the event by suggesting that December 13 was the day for the rehearsals “drills”, before the staged event or “real drill” that took place the next day.

We see one similarity with 9/11 and a pattern found in many other fabricated events: we know for sure there were having “drills” on the day before. A drill identical to what “really” happened. (On 9/11 there was a simulation with striking similarities with the real event, involving highjacked planes and including an attack on the Pentagon!)

Everyone agrees there is absolute certitude the Sandy Hook event was staged. And almost everyone thinks no one died. Many crisis actors were exposed in online videos. We see them lying and laughing and so on.

The reason for this operation involving many actors and citizens of this town called “Newtown” was to push for gun control, and more specifically to promote school security procedure… and sell security products… as well as raise money from donation to pay the participants.

A collective book entitled No body died at Sandy Hook has been published by J. Fetzer about the event. It was available on Amazon but was banned later. A free PDF version is available here.

Psychiatrist Dr. Steve Pieczenik talked about Sandy Hook in many interviews that are online. Google them.

Here are a couple of playlists with many videos about the event. Notice how almost all of them have been deleted by Youtube on copyright infringement pretexts… Playlist number one… Playlist number two…

Earlier in 2012 a special amendment was introduced which gives a legal base to those “psychological operation”… The newest version of the National Defense Authorization Act (NDAA) includes an amendment that legalizes the use of propaganda on the American public, as reported by Michael Hastings for Buzzfeed.