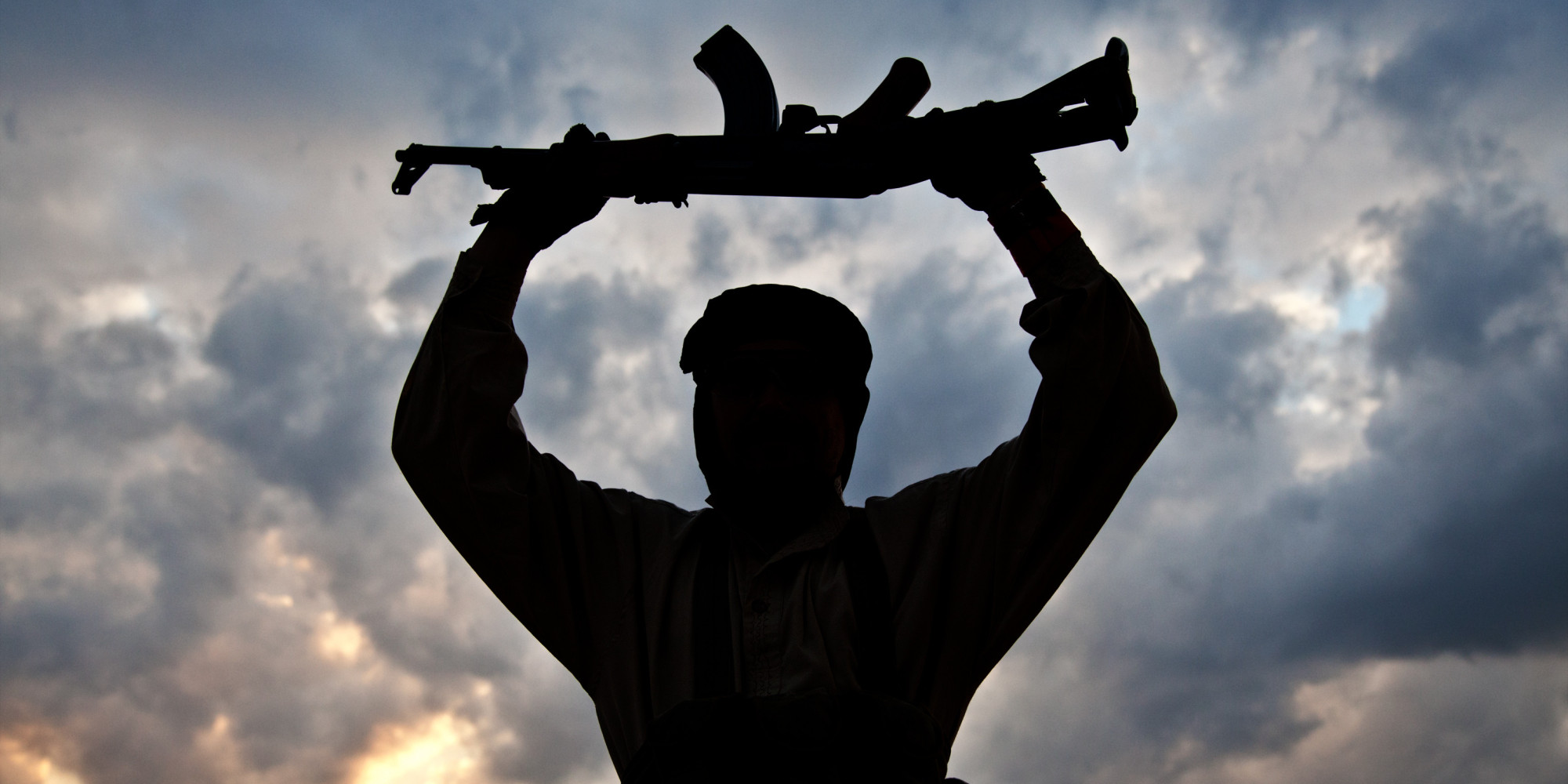 Recent research by authors Nafeez Ahmed, and Diana Ralph, points to the year 1979 as a turning point for Western policy that on the one hand began to facilitate covert warfare and destabilization via the Mujihadeen in Afghanistan, and on the other began to propagate a meme that has become known as “International Terrorism”. Most recently, Ahmed gave a talk at the Indian YMCA in London that reiterates his focus on that year.(1)

1979 was definitely pivotal for the United States, as the CIA convinced President Jimmy Carter to sign off on covert operations in Afghanistan, before the Soviet invasion, that would ultimately produce “al Qaeda”.(2) Research that dates back to 1982 reveals that at the same time that the CIA was incubating the nascent ‘Arab Foreign Legion’ in Afghanistan, in Israel, some familiar names were busily framing the concept of “International Terrorism” at the ‘Jerusalem Conference on International Terrorism’. A paper by a student named Phillip Paul titled, “International Terrorism”: The Propaganda War, (available at the San Francisco State University Library for review), has been cited separately by independent researcher Diana Ralph as well as Ahmed.

Ralph writes in the introduction to her essay, ‘Islamophobia and the “War on Terror”: The Continuing Pretext for U.S. Imperial Conquest’:

The ‘‘war on terror’’ has nothing to do with protecting the U.S. and world’s people from ‘‘terrorists,’’ and everything to do with securing the American empire abroad and muzzling democracy and human rights at home. The 9-11 attacks were the pretext, which ‘‘sold’’ the tale of evil Muslim terrorists imminently threatening Americans. That tale allowed the Cheney-led members of the Project for the New American Century (PNAC) to initiate a plan for world domination, which they had planned since 1990. The ‘‘war on terror’’ is modeled on Islamophobic myths, policies, and political structures developed by the Israeli Likud in 1979 to inspire popular support for U.S. world conquest initiatives. To defeat this plan, we must overcome our Islamophobic fear of ‘‘terrorists’’ and stand in solidarity with Muslims.(3)

Ralph continues on, identifying some recycled aspects of the contemporary “War on Terror”:

The concept of a ‘‘war on terror’’ pre-dates 9-11 by 22 years. Its seeds were first planted in 1979 at the Jerusalem Conference on International Terrorism (JCIT) organized by Benjamin Netanyahu (future Israeli Prime Minister). JCIT kicked off a campaign for a ‘‘war on terror’’ against ‘‘international terrorism’’. It featured: pre-emptive attacks on states that are alleged to support ‘‘terrorists;’’ an elaborate intelligence system apparatus; slashed civil liberties, particularly for Palestinians targeted as potential terrorists, including detention without charge, and torture; and propaganda to dehumanize ‘‘terrorists’’ in the eyes of the public. George H.W. Bush Sr. and (…) George Schultz, Reagan’s Secretary of State enthusiastically endorsed this concept. Bush Sr. gave a speech at JCIT advocating precisely the type of ‘‘war on terror’’ that his son implemented in 2001. But he acknowledged that such a policy would be highly unpopular:

… I must urge drastic surgery as the only reasonable course – and by that I mean determined action, firmness under the duress of blackmail, and swift and effective retribution. … The problem for the open society is how to have, build up and preserve this essential tool of defence – which in the long run is indispensable for the protection of ordinary people – and not so outrage the liberal conscience that the legitimate exercise of state power is frustrated.(4)

Also addressing the JCIT was Prime Minister Begin, who helped to set the tone for the conference, legitimizing some forms of violence as “a fight for freedom or liberation, on one hand, and terrorism, on the other hand”. Clearly, Begin is putting a liberal dose of Vaseline on any lens to be trained on bombings by Irgun, as opposed to bombings by the P.L.O.

At the time, the JCIT was about framing International Terrorism as a construct of Communist intrigue. Exaggerating the threat and reach of the Soviet menace was the chief pastime of Team B, a U.S. government project approved by Bush Sr. when he was head of the CIA in 1976. So, at the JCIT, Bush appears to be extending the Team B theme. A more appropriate name for Team B would have been Team B.S.

Team B’s lies are examined in part in Adam Curtis’s brilliant documentary, The Power of Nightmares, where it is revealed that Team B would conjure high-tech weapons systems from thin air as required. This same casual approach to the truth was employed at the JCIT, as Nafeez Ahmed shows;

…the JCIT’s own literature and use of source documentation was profoundly flawed. It heavily cited, for instance, statistics purporting to demonstrate a drastic ten-fold increase in incidents of international terrorism between 1968-78—but as (Phillip) Paull shows, these figures were deliberately concocted and inflated, contradicting original CIA data illustrating a decline in terrorist incidents for the same period. It also routinely relied on techniques of blatant disinformation, misquoting and misrepresenting Western intelligence reports, as well as recycling governmentsponsored disinformation published in the mainstream media. Paull thus concludes that the 1979 JCIT was:

The new ideology of “international terrorism” justified the Reagan administration’s shift to “a renewed interventionist foreign policy,” and legitimized a “new alliance between right-wing dictatorships everywhere” and the government. “These military dictatorships and repressive governments have long used the word ‘terrorist’ to characterize the opposition to their rule.” Thus, the administration had moved to “legitimate their politics of state terrorism and repression,” while also alleviating pressure for the reform of the intelligence community and opening the door for “aggressive and sometimes illegal intelligence action,” in the course of fighting the international terrorist threat.

The primary architects of the JCIT’s “international terrorism” project were, reports Paull, “present and former members of the Israeli and United States governments, new right politicians, high-ranking former United States and Israeli intelligence officers, the anti-détente, pro-cold war group associated with the policies of Senator Henry M. Jackson, a group of neoconservative journalists and intellectuals…, and reactionary British and French politicians and publicists…”(5)

Netanyahu has been busily keeping the dream alive. Carrying the Begin torch, he reinforces the “Arab terror evil, our terror justified” paradigm in this excerpt from a speech from July, 2006;

“It’s very important to make the distinction between terror groups and freedom fighters, and between terror action and legitimate military action…”(6)

Freelance journalist, (and sworn enemy of globalization), Naomi Klein, notes Netanyahu’s framing of America’s (and the countries that came along for the ride) full-bore entry into the “War on Terror” after 9/11 as, “the Likudization of the world”;

[Netanyahu’s] starting point is that Palestinians, though they may make political demands, are actually only interested in the annihilation of Israel. This goes beyond states’ standard refusal to negotiate with terrorists — it is a conviction rooted in an insistent pathologising, not just of extremists, but of the entire “Arab mind”.

From this basic belief several others follow. First, all Israeli violence against Palestinians is an act of self-defence, necessary to the country’s very survival. Second, anyone who questions Israel’s absolute right to erase the enemy, is themselves an enemy. This applies to the United Nations, other world leaders, to journalists, to peaceniks. … Three years ago, on September 12, 2001, Israeli Finance Minister Benjamin Netanyahu was asked how the previous day’s terror attacks in New York and Washington would affect relations between Israel and the United States. “It’s very good,” he said. “Well, not very good, but it will generate immediate sympathy.” The attack, Mr. Netanyahu explained, would “strengthen the bond between our two peoples, because we’ve experienced terror over so many decades, but the United States has now experienced a massive hemorrhaging of terror.” Common wisdom has it that after September 11, a new era of geo-politics was ushered in, defined by what is usually called “the Bush Doctrine”: pre-emptive wars, attacks on “terrorist infrastructure” (read: entire countries), an insistence that all the enemy understands is force. In fact it would be more accurate to call this rigid world-view “The Likud Doctrine.” What happened on September 11 2001 is that the Likud Doctrine, previously targeted against Palestinians, was picked up by the most powerful nation on Earth and applied on a global scale. Call it the Likudization of the world, the real legacy of September 11. Let me be absolutely clear: by Likudization, I do not mean that key members of the Bush Administration are working for the interests of Israel at the expense of U.S. interests — the increasingly popular “dual loyalty” argument. What I mean is that on September 11, George W Bush went looking for a political philosophy to guide him in his new role as “War President,” a job for which he was uniquely unqualified. He found that philosophy in the Likud Doctrine, conveniently handed to him ready-made by the ardent Likudniks already ensconced in the White House. No thinking required. In the three years since, the Bush White House has applied this imported logic with chilling consistency to its global “war on terror” — complete with the pathologising and medicalising of the “Muslim mind”. It was the guiding philosophy in Afghanistan and Iraq, and may well extend to Iran and Syria. It’s not simply that Bush sees America’s role as protecting Israel from a hostile Arab world. It’s that he has cast the United States in the very same role in which Israel casts itself, facing the very same threat. In this narrative, the U.S. is fighting a never ending battle for its very survival against utterly irrational forces that seek nothing less than its total extermination.”(7)

“International Terrorism” has run its course. Fueled by acts of “False Flag” terrorism that are enacted by cynical operatives and pathological handlers, the time has come to leave this tactic behind, forever.

International Terrorism is “International”, that’s for sure. In its execution, its propagation, and in the perpetual spin from the corporate press.