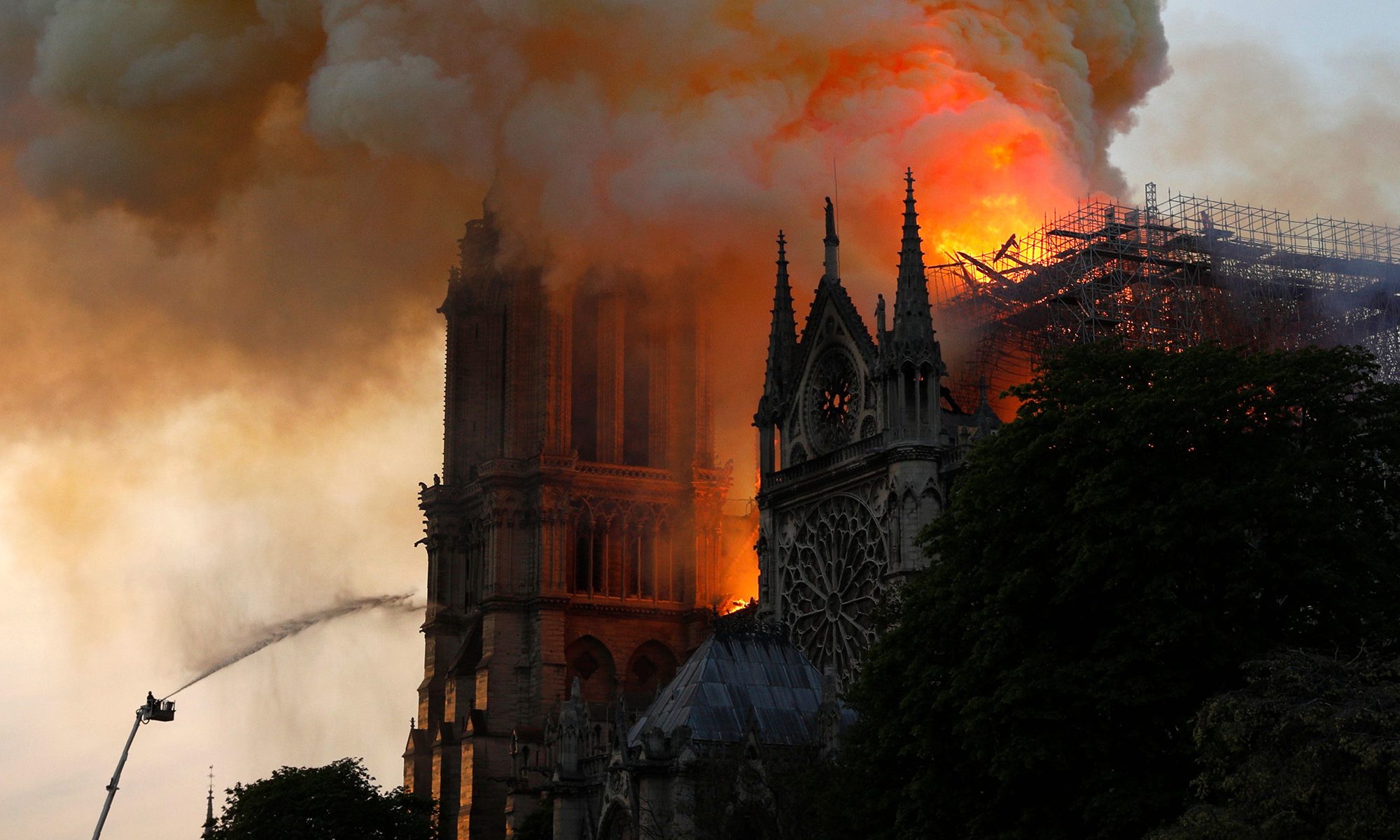 On Monday 15 April 2019, a fire broke out beneath the roof of Notre-Dame de Paris cathedral in Paris. This fire destroyed the roof – very fast – and did not cause much other damage – luckily – to the cathedral and its content.

A few days before the fire, under the pretext of repairing something all the statues that were on the roof were removed. So they were saved. All the works of art were also saved including the precious relics in the rooster at the very top of the roof. It was found almost in perfect state. That is cool.

According to the most qualified expert on this building, the beams of the roof were made of very old (aged) oak beams that is very hard, like iron and almost impossible to burn.

According to the best possible source, the roof was rigged with a sophisticated anti-fire security system making such a ferocious fire impossible.

French firemen did two important simulations on the cathedral, just a few months ago. It is good to know they were prepared.

People have commented on the heavy yellowish smokes that came out of the fire, implying some special chemicals might be involved. It was an abnormally fast and raging fire.

The president launched a fundraising campaign and over 1 billion euros were collected already only one week later.

Around 2016, a very big project was made public by the preceding government. The paper says the roof needed repair and it describes renovating the cathedral into something very modern and very ambitious a bit like the Pyramid at the Louvres (developed by president Mitterand in the 1980’s).

At the very same moment, a small fire started at the big Al Aqsa Mosque in Jerusalem. Kevin Barrett discusses this “coincidence” in an article. And this is a video about it. This is a pattern. The perpetrator like to sign this type of event for whom ever is concerned… It is a messianic blink. Hinting at the engineering of the so called “Clash of Civilizations”.

A company is suspected of having sabotaged the roof with chemicals… painting the beams with some incendiary substance. (Video in French)

This event comes at a convenient time to unite the nation. To try to create a little Easter break in the ongoing Yellow Vest protests by offering a sort of collective trauma to the French population.

Is the President directly involved or is this fire a little Easter present from the secret services of another country ? Like Israel ? This country specializes in advanced incendiaries. Everybody knows they secret services brought down the WTC towers on 9/11.

The wikipedia page on the fires has some info but it covers up the origine of the fire and follows the official declarations of the government. Which is always the case on wikipedia when it comes to these kind of sophisticated operations/conspiracies.

In any case, this one is a pretty brilliant conspiracy. Nobody died. No actors played dead either. It was not blamed on Islam or on a lone nut. (A few voices did, but the government chose not to do it.) They collected tones of donations in a very short amount of time. In less than 24 hours, they got rid of the shitty old roof for their amazing futuristic renovation project. (The roof was not as old as the cathedral, it had been rebuilt a few times already.) This project will give a fresh touch to Paris and bring more tourists and more money, and maybe a reason for the people to remember the President Emmanuel Macron.