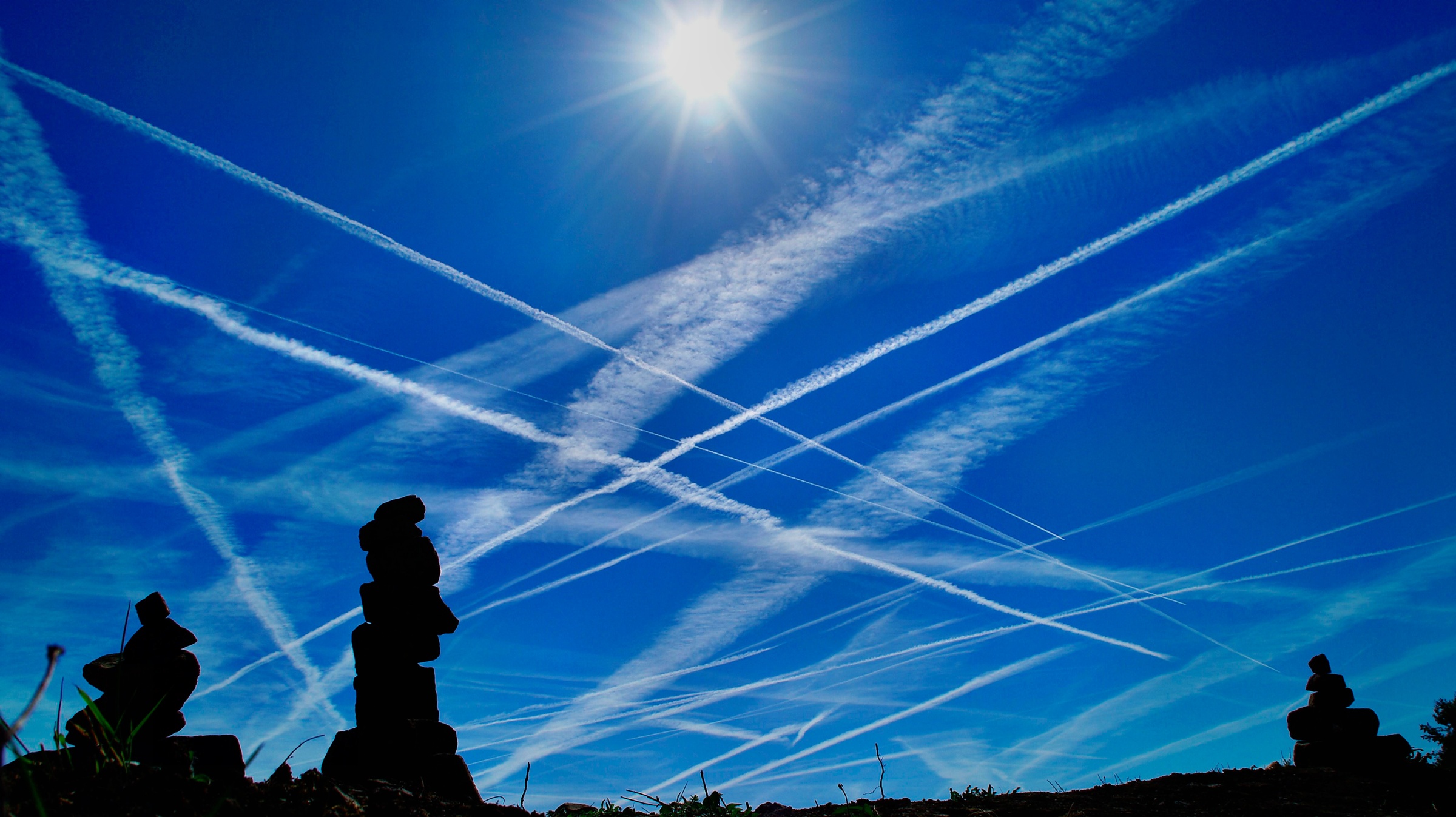 Chemtrails are simply attempts to regulate the climat. The idea is to slow down global warming by spraying particules in the sky that reflect the Sun’s heat. The problem is that the general public was not told about it until recently. The topic has been managed like a classified military operation under the supervision of Intelligence Services and networks related to governments and corporations… denied on mainstream media and operated outside of the regular channels of civil society. Why?

This recent article from Vice magazine is very misleading and typical propaganda. It tries to ridicule conspiracy analysts by deforming their thoughts… pointing at goofy delirious people as an example. What the conspiracy analysts have been saying for a long time is that this project they are describing just now and they pretend is new has ALREADY been going on IN SECRET without the agreement and knowledge of the general public. Why? probably because it might have bad secondary effects they are not sure of.

The advantages of secrecy:

This “conspiracy theory” is now more and more admitted in the mainstream media.

Below are serious testimonies from serious people.

In June 2016, the CIA director John Brennan mentioned it publicly. The full video is online (more than 1 hour) and below is a short extract. Strangely, he does not say this is already being applied: Brennan speaks about it as a possible future project!

UPDATE 2019 : This is a (mainstream) news report from August 2019 about spraying the atmosphere for the next 15 years… all described as a future project… and backed by Bill Gates !
https://www.msn.com/en-gb/money/technology/bill-gates-backing-plan-to-stop-climate-change-by-blocking-out-the-sun/ar-AAFKQVN

Below is a very serious documentary from 2015 aired on the reputable TV channel Arte (in French).
https://www.youtube.com/watch?v=WuVMZZZRPZQ (REMOVED!)

This is an article about it from 2017 (in French).
https://mrmondialisation.org/les-apprentis-sorciers-du-climat/