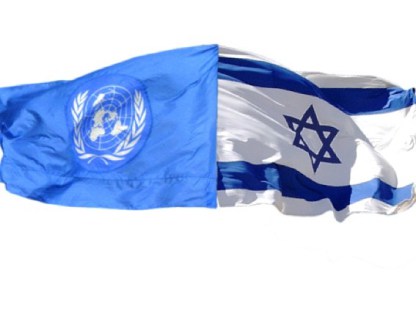 During the XXth century an overwhelming majority of artists and intellectuals called themselves marxists or communists. They did not think of themselves as one group. Some were Leninists, Stalinists, Trotskyists, Maoists… Some waving flags, some messing only with theory. In the 1970’s after the publication of the crimes of Stalinism and Maoism, they all dropped out. The last one of them probably in 1976. (Except maybe Alain Badiou and Michel Clouscard!) This was an important crisis, or turning point for all of Europe’s intelligentsia. Most of them went through something close to a religious “conversion”.

It was a general and simultaneous counter-revolutionary reaction. It was not a formal or organized movement. Some maybe did not even notice their “conversion”. These people and the new generation popping out around the world moved to something else. New movements or new ideologies emerged by the end of the 70’s.

Most western atheists “goys” fell dizzy and depressed – like ripe fruits – in the hands of zionism. All the different forms of it, christian, soft, hard etc. And many Arabs fell in the same way in the hand of Islam (radical or not radical).

The zionism that emerged in the 1980’s was a new breed of zionism. More dogmatic and religious or spiritual (although still more or less secular). The Jewish genocide was revamped with new  movies and documentaries. Revisionist historians were harassed. Propaganda unleashed on Europe.

The new Zionist ideology – its “upgrade” – is mostly based on Christianity. It is a blend of both religions, in a secular form. It refuses to be called religious. It is an ideology or a spirituality based on the Catholic framework. It mixes very well with Free Masonry.

Christianity can be defined by  a sort of trinity that Hegel developed in his dialectical philosophy. There are 3 steps link in a sacred chain of logic. And each one is sacred and required by the others. Like in mathematics a minimum of points are needed to define a surface plane. If one of them is removed the wheel or the system is broken.

1/ ELECTION: The subject Christ is ontologically pure of any sin. He is the chosen one out of all humanity before and after… He is historically and spiritually innocent. Like a lamb, he is a victim of a sacrifice.

2/ PASSION: The subject Christ goes through a great suffering episode. The most horrible and the deepest humiliation possible. He dies. He is murdered like a low life thief by “all men”. By the power in place. The roman empire and the Jewish clergy. (Chinese torture or even Old Europe’s torture methods are far worse… but it is not important… reality in not important… to come in touch with the revelation, the believer must focus and imagine Crucifixion is the worst thing a man can endure…)

3/ RESURECTION: The subject resurrects. This is a divine miracle. A physical and historical miracle out of all expectations.

1/ ELECTION: A subject called the Jewish People, must be considered (by Jews and non-Jews) as chosen by God. This subject must be considered as an innocent victim of History. And History must be twisted in order to reflect that. Although the Jewish People are not a racial reality, people are encouraged to believe the myth of a Jewish race or an ethnical unit (the Hebrews of the Bible). In reality it was for a long time a proselyte religion like Christianity or Islam.

2/ PASSION: For more than 3000 years, this subject was harassed by History. All Nations are supposed to have harassed this Nation. And this long suffering culminated in the “Shoah”, the Jewish genocide during WWII. This event is presented (despite the Historical evidence) as the worst crime in History, involving gas chambers on a cosmic scale, organized death camps and 6 millions deaths. Whether real or not real is not important. What is important is the message, the revelation, and to get in touch with it, to feel the effect, one has to swallow the pill.

3/ RESURECTION: The creation of the state of Israel, must be looked at as a Historical miracle. As the proof that the religion is the true religion. As all theologians know, if Christ is not resurrected, there is no Christianity. (Note: Islam is a heretical branch of Christianity. It does never mentions the death of Christ. It considers him as man. As a prophet AND as the Jewish Messiah.)

According to this new western ideology (Zio-Christianity or Christo-zionism), if one denies any one of the 3 points… he is a heretic. And he must fear the inquisition. From loosing his job, to moral or physical harassment, as well as unofficial death sentences (zionist fatwa!).

1/ One is not allowed to deny the ELECTION. A new-born Christian will say that God wrote the Bible!… and God in the book literally says he gives this land to the Jews.

2/ Also the Jewish genocide is not a genocide…. It is THE genocide. It is the Holocaust. It is unique and beyond any form of representation. It is a crime of pure evil with no rational explanation. (Most serious historians deny the Nazis intention to exterminate. They allege the orders were contradictory and the policy changed later on in 1943 and 1944.)

3/ If one criticizes the legitimacy of the state of Israel – THE RESURRECTION –  he is a dangerous heretic. The army of Israel is not a normal army. Like the Jewish genocide is called Shoah, the Israeli army is called Tsahal!… Like knights used to give cool names to their swords… Even when Israeli soldiers kill, they are pure and morally innocent like angels.

Again this religion slash spirituality slash ideology… is a new thing that slowly came together from 1967 to 1981… Replacing Communism in the heads of Europe’s intellectuals and artists… Re-inforcing the link between Europe and the USA… After the official end of the Cold War a little later (1991), the generalization of this mind set became even more unanimous across western democracies.

This ideology is not bad in itself. It preached human rights in many ways… but it is deeply flawed and regressive by treating Israel of the Jews as a fetish. As an object of warship. Instead of exposing new contemporary genocides, Israel spent more energy promoting its Jewish genocide! Instead of pressuring South Africa like most Europe did, it joined the USA in supporting the Apartheid! Instead of reforming its racial and colonial foundation, it killed Isaac Rabin in 1995 and became ruled by the far right Likoud party.

With the emergence of the Internet, instead of using it for pacific revolutions around the world… They launched a Holy Crusade against Islam. And in order to do that, Israel and the USA did 9/11… to help kickstart this program of wars intended to re-organize the Middle-East.

U.S. Vice President Mike Pence tweeted a video of him and his wife on a tour of the Holocaust memorial in Jerusalem during their visit to Israel in January 2018. In the tweet, he paid tribute to what he called the “6 million Jewish martyrs of the Holocaust who 3 years after walking beneath the shadow of death, rose up from the ashes to resurrect themselves to reclaim a Jewish future.” He was faced with harsh criticism in Israel for using christian imagery… This is funny because the imagery and wording he chose, is quite common in Israel according to Haaretz.