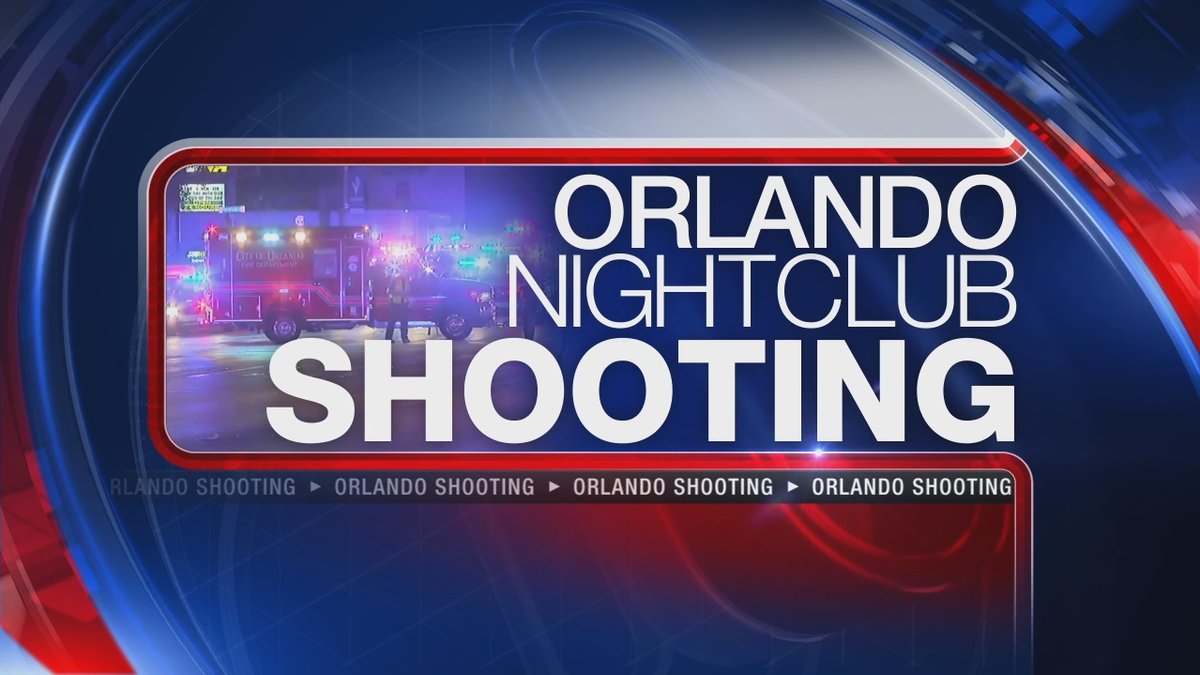 On June 10th, in Orlando, one crazy 27 years old guy took a taxicab (or drove? why are we getting two versions taxi or self drive?) for 2 hours from his home to kill a 22 years old very popular Christian pop singer because he “loves” her. He killed someone many people considered like a true angel. The killer has no apparent family and not a single trace online. There is no apparent motive either. The killer shot himself once he killed his victim, after a quick fight with her heroic brother. (It would be interesting to hear witnesses of the scene. We have none.) The police first said the killer was 21 year old before correcting. They said he became a vegan, had eye surgery and hair transplant “to appear more appealing to her.” He was carrying 2 guns and a large knife. Police said he had planned to travel back home after the crime (so why did he kill himself?). His name is Kevin James Loibl, born March 10, 1989. They say he was obsessed with the pop singer. Everything we know about him is not precise and the sources are unreliable. Why is that? Christina Grimmie was shot around 10:45 p.m. local time at The Plaza Live, where she had performed with the band ‘Before You Exit’ earlier that night. She was shot 4 times. She died the next morning at the hospital. This is an official report of the event.

On June 6th, the 25th Anniversary edition of Orlando’s annual weeklong Gay Days festival concluded. The festival is one of the largest gay pride events in the world and saw an estimated 150,000 members of the lesbian, gay, bisexual, and transgender (LGBT) community attend area theme parks, nightclubs and special events.

On June 11th, in Orlando, one crazy 29 years old guy drove 2 hours to kill about 50 people and injure about another 50 people in a gay bar full of about 300 people. He came around midnight the first time and came back around 2:00 am to shoot. They say he first shot someone outside of the club and then retreated inside and took hostages. A special team broke a wall and killed him after 5:00 am. He supposedly held people inside for 3 hours. According to the FBI the guy is a radical Muslim related to the Islamic State who hates gay people. It seems the FBI spied on him for 10 months in 2013 and tried to lure him into committing a terror plot. But according to different credible witnesses he was not a radical muslim and he was gay himself! This is very contradictory. Others who knew him said he frequented the Pulse nightclub for at least 3 years before the shooting and also used gay dating apps. To explain this huge contradiction, it was suggested he might have been blackmailed to be outed as gay. He was a registered Democrat. Witnesses and initial reports mentioned multiple shooters. We have the testimony of one guy who says another guy was holding the exit doors closed to keep people inside and prevent them from escaping. Another witness admits he did it (he held the door closed!) but does not say why… The shooter was a security professional employed by G4S, the world’s largest security company with operations in around 125 countries. His name is Omar Mateen. His father is a CIA asset and a political figure in Afghanistan. The father strongly backed the homophobic theory and denied his son was gay. Omar Mateen got married in 2009 for 5 months with Sitora Alisherzoda Yusufiy at the time a real estate agent from NJ. It took them a few years to finalize the divorce. Today she is a 30 years old happily remarried mystic astrologist. She says he was violent and would not let her go out, until she was rescued by her parents and never saw him again. She was interviewed on TV. She said he had gay tendencies and his father called him gay once. Her new husband leaked the FBI told her not to say he was gay… He remarried later in 2013 or earlier with Noor Zahi Salman also 30 years old. They have a 3 year old son. It is not clear if they were still together or not but he had bought a ticket to San Fransisco the day before for the three of them for a trip in July. They went together to Disney World in April, and Disney Springs in June. The FBI said he was scouting places to commit his crime… According to false reports she declared knowing about his plan and trying to talk him out of it. Everything about her is false information. What is clear is that she is refusing – or being prevented from – ANY contact with the public and the media… Apart from his Afghan CIA father and his ex-wife, Omar Mateen has no other “witnesses” to tell about him. No friends or other family members showed up… The Guardian found a documentary where he appears of a minute. He looks very normal.

Last but not least: (1) a news source posted an inaccurate version of what happened 6 hours BEFORE it happened!!!… It stated about half of the casualties… This info is verified and it is huge… much more than a “smoking gun”… (2) Numerous witnesses and victims of the shooting were exposed as crisis actors… giving scripted testimonies. There are many videos online. The evidence is very strong and echoes other similar events… (3) The security company G4S employing the shooter announced in march that it would leave Israel.

THE ARREST OF A POTENTIAL MASS SHOOTER AT THE GAY PARADE IN L.A. (event number 3)

Early on June 12, in Los Angeles (Santa Monica), one crazy 20 years old guy is arrested with assault rifles and explosives in his car. The police first reported he had the intention to harm the Gay Pride later on that Sunday… A second report said he had no bad intentions and that he was just accused of “holding weapons”… He was reported to the local police because he was behaving in a suspicious way and knocked at people’s doors at night… as if he was lost or drugged… It seems he was afraid and looking for protection. As if something  went wrong in his project and he decided to back off at the last minute and look for protection by surrendering to the local cops. It is not clear. What is clear is the effort to cover up and diminish the story. The name of the potential killer is James Wesley Howell… This is a quick report on Salon… It was alleged he was a Trump lover because he posted memes comparing Hillary Clinton to Hitler… but after a closer look at his online profile it was found he was supporting Bernie… He was an active democrate! According to the testimony of a friend, he was gay himself and had nothing against gays. He had a record of violence. Pointing a gun at people a couple of times. Escaping a police car arrest by speeding away… and sending the video to his friends… The guy was a little crazy. It is possile the FBI used this to force him to do things.

A bail deviation filing obtained by The Times shows that along with the weapons and explosive chemicals in the car, Howell had a black hood, a Taser, handcuffs, a Buck knife, a security badge and additional ammunition for the guns. There was also a 5-gallon container of gasoline. According to court documents, Howell was in possession of a 25-pound container of “Shoc-Shot,” a commercially sold two-component explosive that detonates when hit by a high-velocity rifle round. Santa Monica police said that the container was three-fifths full and that the explosive chemicals had already been combined.

On May 25… about 2 weeks earlier… United States Special Operations troops from more than a dozen countries jumped out of helicopters, rappelled from buildings and expended hundreds of rounds of ammunition as they attempted to rescue the mayor of Tampa, Florida. The operation was a 30-minute exercise, but it was also a public spectacle for a force that has tried desperately to remain in the shadows despite now being at the forefront of America’s wars.

The exercise is put on each year as a part of the Special Forces Industry Conference, a 12,000-strong, three-day meeting of Special Operations personnel and companies showcasing the latest technologies available to both U.S. troops and their international allies.

The targets of these 3 almost simultaneous events were gays (LTBG) and young Christians.

A) The involvement or co-opting of white gay people by anti-Muslim and anti-immigrant political forces in Western Europe and Israel is documented. It is part of Israel’s strategy towards the Western World.

B) On the other side of the social spectrum, we know about Israel’s efforts to promote an ultra-Zionist brand of christianity against Islam. While fueling radical Islam with another hand. Constantly pushing towards a “clash of civilization” scenario. (The young singer who was murdered was a “Christian Pop Singer” with a young christian fan base.)

As a side note, we also know about the influence of Israel’s militarist ideology and how it sells its urban warfare technology to the US and the World.

Conspiracy theories are already circulating linking these events together… with no evidence. Nevertheless these events are very suspicious whether taken one by one… or together… because they do echo each other.

Most of those narrative are bad and show evidence of FBI manipulation. They are typical fabricated terror events like have seen before. They involve actors and maybe real victims. Some individuals could be entrapped or MK Ultra victims. Some things might have gone wrong according to their plans. It is very hard to tell what was possibly planned and what happened exactly. We see a big mess followed by an attempt to control the narrative in the media, focussing everything on one main event : The shooting at the gay club in Orlando.