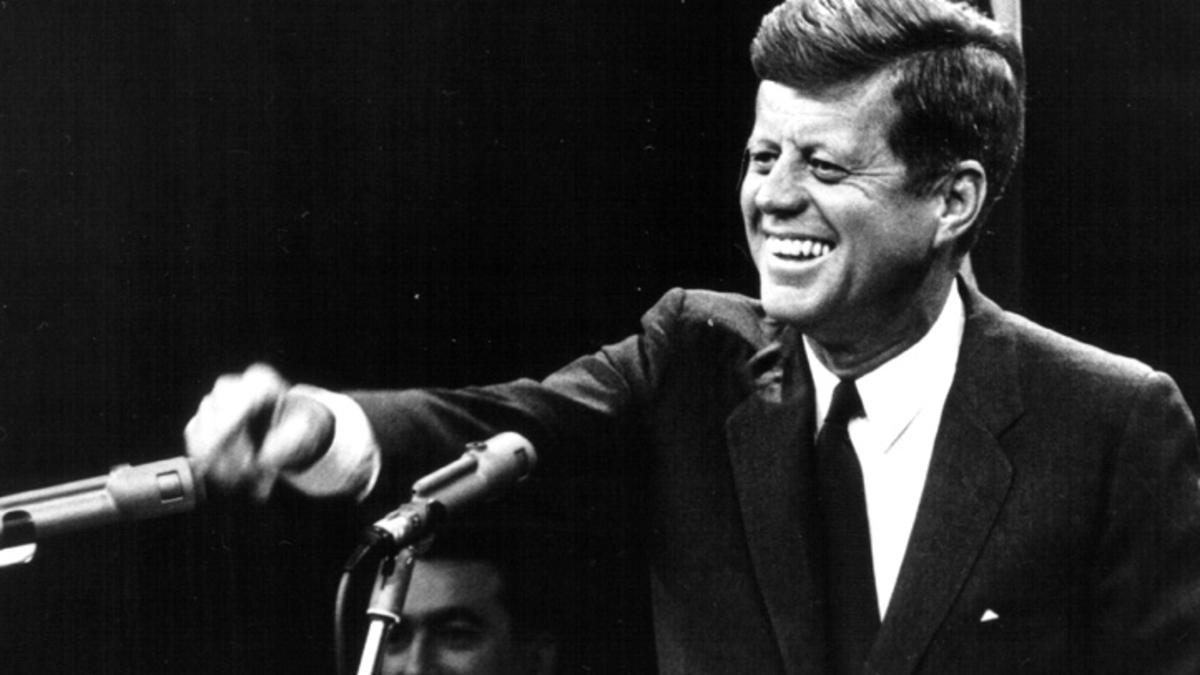 In the polls conducted in the US for the past 15 years, about 80% of the American people agree JFK’s murder was an inside job. The US government does not deny it. In 1978, the government has admitted Oswald was not alone and JFK died as a result of a “conspiracy.”

The term “conspiracy theory” has been created specifically by the Intel Community for the cover up of the murder of JFK. The following is a quotation from a Wikipedia page about “conspiracy theories”:

Conspiracy theories sometimes emerge following assassinations of prominent people. The best known of these is the assassination of John F. Kennedy (1963), which has caused a number of conspiracy theories to develop. Central to this theory is the claim that the injuries received by Kennedy and Governor John Connally could not have been caused by a lone gunman behind the motorcade and to the right. This theory was popularized by the Oliver Stone movie, JFK, which centered on Jim Garrison’s conduct of the only criminal prosecution (ultimately an unsuccessful one) related directly to Kennedy’s assassination. Three polls conducted in 2003 suggest that there is widespread disbelief (between 68% and 83% of respondents) among the U.S. public about the original 1964 Warren Commission story of a lone gunman. An ABC News random telephone poll found that just 32% (plus or minus 3%) of Americans believe that Lee Harvey Oswald acted alone in the assassination of John F. Kennedy, while 68% do not believe Oswald acted alone. The “Discovery Channel” poll reveals that only 21% believe Oswald acted alone, while 79% do not believe Oswald acted alone. Since the Warren Commission report, the official U.S. governmental narrative relies on the 1976-78 House Select Commission on Assassinations. It states that JFK was murdered by multiple gunmen in a conspiracy. The United States House of Representatives Select Committee on Assassinations (HSCA) was established in 1976 to investigate the assassinations of John F. Kennedy and Martin Luther King, Jr. The Committee investigated until 1978 and issued its final report, and concluded that Kennedy was very likely assassinated as a result of a conspiracy.

Most “conspiracies” involve a lot of people with various interests. In this case the following parties are involved:

As often in similar cases, the truth is spread out, broken in different peaces. One documentary will insist on one thing and omit another thing. One will say it is “capitalism” that killed JFK. One will way it is the CIA and the mafia. Another one will say Israel. And they would probably be correct. It was a large operation involving many people and many interests.

This documentary demonstrates the guilt of Bush, Nixon and Hunt, a famous CIA hitman.

This speech insists on the key role of Israel behind the assassination regarding an important bill that JFK was trying to stop that allows the Jewish lobby to literally buy US congressmen.

Bill Cooper on the JKF assassination.

About the constant flow of JFK disinformation:

“Even the CIA is now willing to raise these questions. Half a century after JFK’s death, in a once-secret report written in 2013 by the CIA’s top in-house historian and quietly declassified last fall (2014), the spy agency acknowledges what others were convinced of long ago: that McCone and other senior CIA officials were ‘complicit’ in keeping ‘incendiary’ information from the Warren Commission.”

About JKF,  RFK and Zionist networks

We know Oswald had nothing to do with the murder, but we know Jack Ruby had everything to do with it. This is very important. It is the most important lead in this affair. Jack Ruby – Jacob Rubinstein – had links with the Chicago mafia and with Israel.

JFK’s brother, Robert F. Kennedy was murdered in 1968. He was on his way to become president. It was a preventive kill… The killers of JFK knew he would open an inquiry for his brother. LBJ was still president at the time… RFK’s alleged killer was Sirhan Sirhan, a Palestinian who was set up: until today the guy does not remember anything (because he was hypnotized or brainwashed with advanced technics). We also know other bullets came from another direction… Demonizing Palestinians is in Israel’s interest. Specially in the context of 1968, after the war of 1967, and the infamous USS Liberty failed false-flag (when Israeli planes attacked an American military ship with the intention of blaming Egypt).

According to the best researchers, Michael Collins Piper wrote the definitive book about the JFK assassinations tying everything together. Final Judgment is a big book. Before his murder in 2015 in a motel room in Idaho, Collins Piper did many interviews that are online.

It seems JFK was murdered by the CIA with the material assistance of the Israeli Mossad.

It seems both Kennedy brothers were killed through American Zionist networks.

One Reply to “The assassination of JFK – November 1963”