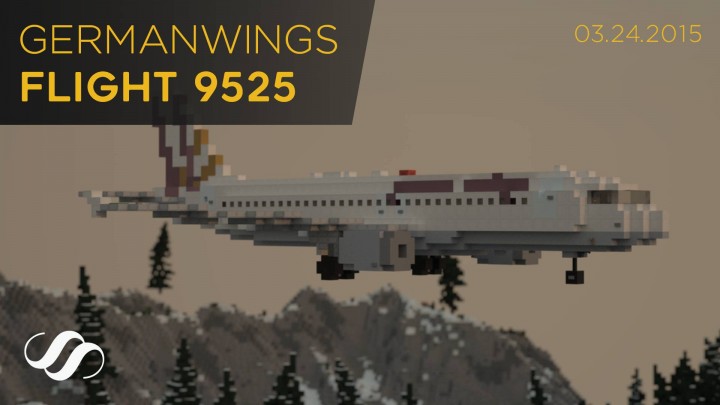 There have been many smoky questions raised by the crash of Flight 9525. The official investigation concluded it was one of the pilots who did it. They said he was crazy and suicidal for a long time and so he locked himself inside the cockpit and brought the plane down… killing himself and everyone on board. According many facts, this narrative is suspicious.

There are many crashes of passenger airplanes that are suspicious. Some of them have been proved to be targeted assassinations. The target is usually one or a few specific people “hidden” under the veil of a dramatic plane crash with all the other victims as collateral damage. The method has been proven to be efficient probably because it is very hard of people to understand why would anyone do such a thing – instead of isolating the target in a more conventional assassination.

This article does not intend to prove anything. We will assume this crash was not an accident based on a serious leak or “mistake” by the mainstream media at the time… and it will try to look at the passenger list and see if some of the victims could have been targets. This is mostly an exercise in speculation and a quick note for the future… which might be useful one day if more information comes out.

Germanwings Flight 9525 (4U9525/GWI18G) was a scheduled international passenger flight from Barcelona–El Prat Airport in Spain to Düsseldorf Airport in Germany. The flight was operated by Germanwings, a low-cost carrier owned by the German airline Lufthansa. On 24 March 2015, the aircraft, an Airbus A320-211, crashed 100 kilometres (62 mi) north-west of Nice in the French Alps. All 144 passengers and six crew members were killed. It was Germanwings’ first fatal crash in the 18-year history of the company.

It is important to state that the investigation team said it had access to the back box and listened to the conversations inside the cockpit. They also searched into the suspected pilot’s life pretend to have found evidence the guy had had seriously mental issues in the past. This narrative is impossible to verify but it comes from the French government. This means that either the narrative is correct, either the French government is behind this operation.

There was no SOS sent by the pilots… although the plan is said to have been nosediving for 8 minutes. This is not normal.

The crash happened far from any witnesses in “inhospitable” mountains. Which is convenient in case it was not an accident.

Not much was left on the ground as the plane hit the ground at a very high speed. The report says the debris were scattered over a wide area. Why? Did the plane explode before hitting the ground?

Witnesses who saw the plane before it crashed reported seeing FIGHT JETS escorting it. And hearing a loud sound “like the sound of dynamite.” This is very strange to say the least.

We then learn that some victims were babies and many were schoolchildren. All innocent people who did in a horrible tragedy.

Now this is a snapshot of the same article MODIFIED a little bit later. (1) They removed the line about the witnesses who saw Fighter Jets! and who heard the loud sound!… And (2) they added a new contradictory info about an alleged SOS that never existed according to civil aviation authorities. They mention this fake news about an alleged SOS, without revealing the source of this fake news.

Based on the above, we will assume this might have been a secret assassination involving the French army or NATO. And we will try to find the mobile by looking at the passenger list if we can find it… We are talking of 144 people, plus 6 crew members.

The full list is hard to find… Some victims were listed in a few articles. For example this article from the NY Times presents profiles of some of the 123 victims whose families have been notified. (So it leaves 21 extra people who’s families have NOT been notified.) It says the passengers were from at least 15 countries. 72 Germans. 35 Spaniards. 3 Americans.

One of the rare profiles presented who might be of interest (although it is not very likely) is one Yvonne Selke, who was taking a European vacation with her daughter, was an employee of Booz Allen Hamilton in Washington for nearly 23 years. “Yvonne was a wonderful co-worker and a dedicated employee who spent her career with the firm supporting the mission of the National Geospatial-Intelligence Agency,” which coordinates satellite-based mapping for the Pentagon, said a company statement released by Betty Thompson, an executive vice president.

One victim is the wife of an important political figure of the Catalan separatist movement, but her husband was not mentioned on the list.

This article from the IB Times entitled “Germanwings Passenger List: Frustration Brews As People Await Names Of Crash Victims” reports about tweets and posts on social media on the day after the event, were people complain that the list of the victims is not being made public by Germanwings already 9 hours after the crash.

The same articles says: “Spain also declared three days of mourning, Bloomberg reported. Germanwings’ CEO said Wednesday 35 Spanish citizens were aboard Flight 9525, but Spain’s government said there were 49 Spanish victims, AP said.” Why is there a difference of 14 Spaniards? Is this a mistake? How can this mistake be explained?

Two days after the crash, this article from the Telegraph entitled: “Germanwings crash: why don’t we know who was on board Flight 9525?” also wonders about the abnormal delay and tries to understand the reasons why a simple list of names is still being held secret more than 48 hours after the crash.

One reason presented by officials is that they are not finished contacting all the families because they first need to know the nation of each victim. (Why is the nation needed first?)

“A German government source admitted that because of Europe’s border protocols, under which no record of passports and ID cards is required, there is no way to know precisely the nationalities of who was on board. He explained that the passenger list has not been released is because not all the families have been informed. This is being hampered because they are struggling to work out the nationalities of those on board. Spain said some passengers may have dual nationality, confusing the issue further.”

They also mention a contradiction about one source saying there was only one Briton and another saying they were “at least” three… This is another article from WTVR CBS 6 that also lists the same few victims but does not present the full list.

Is this confusion really organic? Does it always happen this way in other similar cases? It is a fact that in the end… the full list of passengers has never been released!