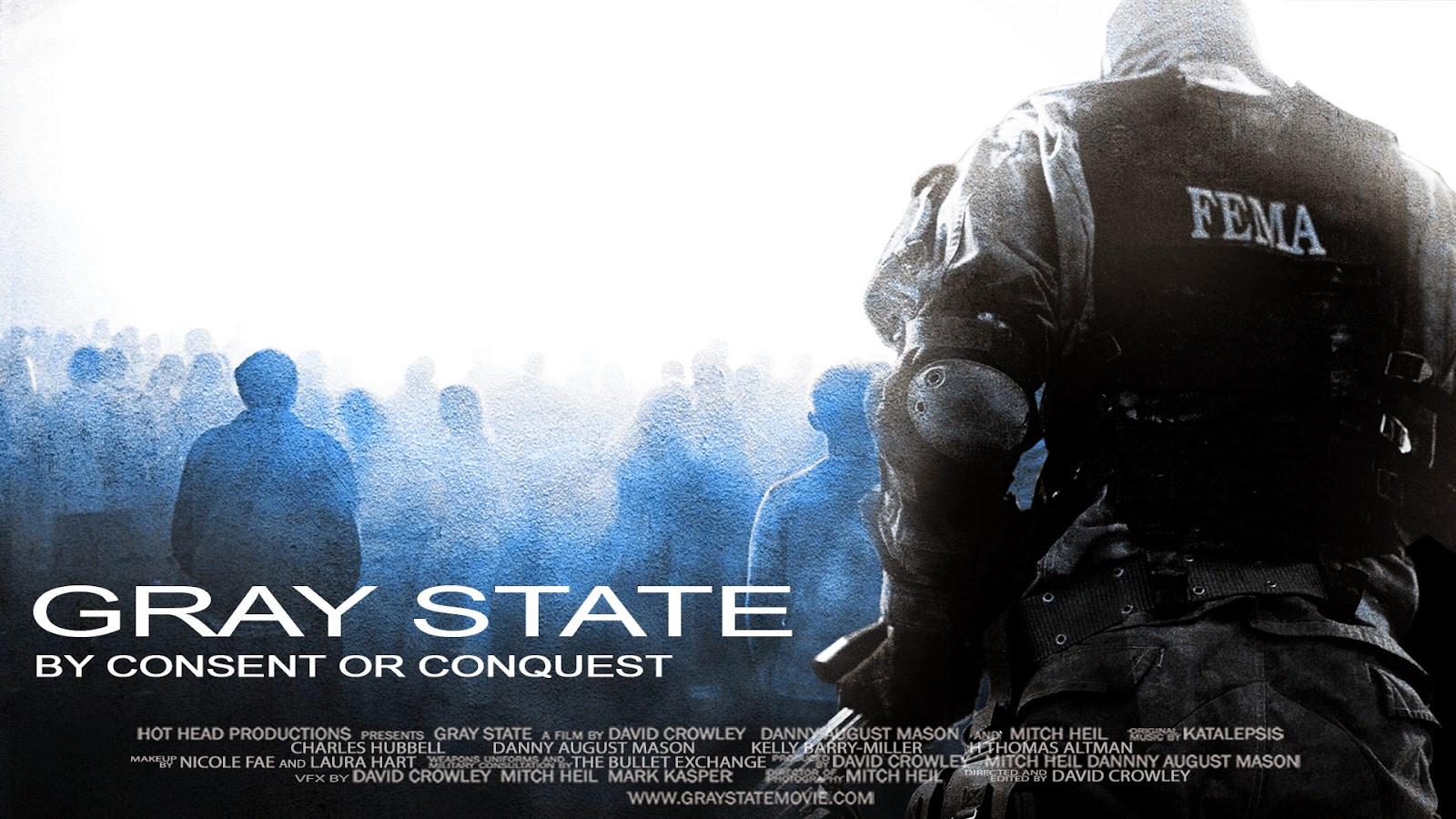 On Saturday January 17, 2015, screenwriter David Crowley, writer and director of the controversial Police State movie called Gray State, a movie that was in the making, has been found dead in an apparent fake suicide along with his 28-year Muslim wife and their 5-year old daughter whom he allegedly shot in a moment of alleged insanity! Writing anti-Islamic stuff on the walls with blood… Every aspect of this gruesome massacre screams that the Crowley family were the victims of a black operation (FBI?)

After many years of re-writing the script and shooting demo and teasers, Crowley was finally starting to get a lot of serious funding promises from Hollywood. His film was slowly turning into a “hollywoodian” movie – a potential blockbuster and even a potential cult movie – about what America might become tomorrow… very dark, very pessimistic, very political, very paranoid, very anti “New World Order”. A very trendy topic these days.

The FBI might have feared such a movie with a potential wide audience (domestic and international) would stain the image of the US government and enhance conspiracy theories and the fear (or the awareness)… something that would fuel or even create a new wave of violent activists… Crowley was  pro-gun and ultra-constitutionalist… and so was his movie… Almost a call for revolution.

Article about the murder:

This murder-suicide of a whole family reminds us of the case of Capt. Philip Marshall who wrote a couple of book about 9/11 and participated in the Iran Contra operations. He was found dead in February 2013 with his 2 teenage kids and their little dog. All of them with a bullet in the head. It was called a suicide. There was no serious police inquiry. His computer (with the new book on 9/11 he was working on) was taken away. The case was closed very fast and the house was cleaned very soon after event. This was obviously a back operation.

Hollywood is an extension of the US intelligence community. It is the propaganda factory of the government. Exactly like Fox News is mostly republican propaganda. This is a big change from the 60’s where Hollywood was seen as more rebellious, more difficult to control… full of decadent “communists”… The symbol of a sort of opposition to the Deep State.

A video of Steve Pieczenik about Hollywood propagada: