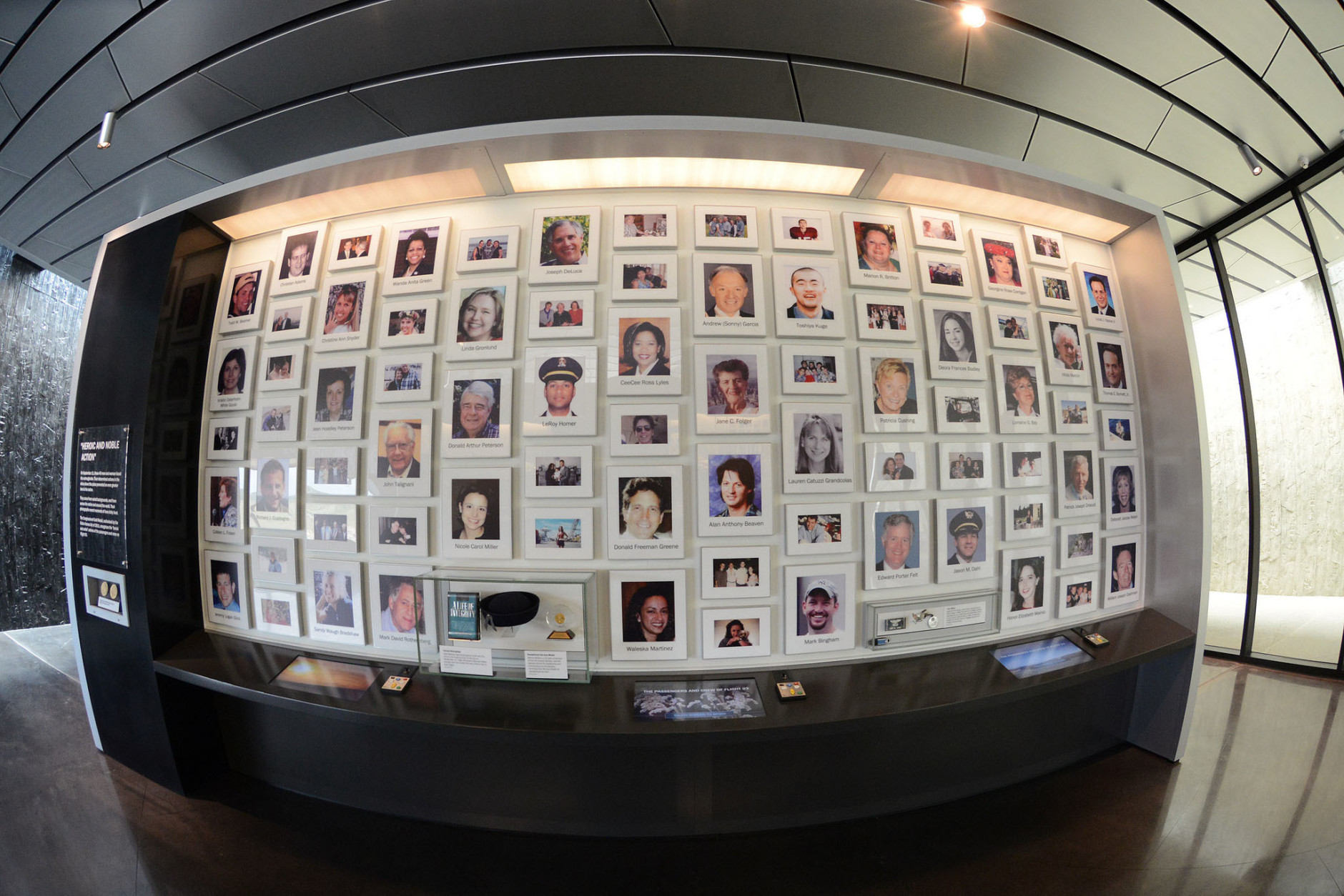 There is a strong consensus in the 9/11 Truth movement and among researchers that the 4 planes that allegedly crashed were not passenger airplanes but something else. Like drones with no passengers inside, for example, a bit like the infamous Operation Northwoods of 1962, which JKF refused to approve. The consensus is very strong about this. No passenger planes were involved in the 4 impacts! In addition, absolutely everyone agrees the phone calls supposedly from the planes (released much later due to pressure from victims families) were simulated. This is undeniable. So the disturbing question remains: did those more than 200 passengers really exist? and if they did exist what the hell happened them?Did they ever exist? Some researchers say these particular flights were not even scheduled to fly that day. If they went into a plane did they ever take off… and land elsewhere? Or did they stay on the ground? According to a very close examination of the phone calls, researchers allege the recording happened in a hangar with stairs. Or in a building. One reason being one passenger refers to someone being up on a “second floor”.

Were the voices computer generated? It was technically possible, but very unlikely and dismissed by most researchers.

Were the passenger killed after the operation? Very possible but unlikely (because we know they tried to minimize the real death toll and added fake victims to approach 3000 and mirror Pearl Harbor). Researchers who speculated about the possibility the passengers were killed suggested it could have been very easy by making an opening in the plane and flying around for 15 minutes to make sure they suffocate. (In one very bad movie about 9/11, the passengers are led into a sort of futuristic gas chamber by armed men!) Nobody discussed how they could have disposed of the bodies.

Did the passenger help the plotters? It seems more likely so. It seems passengers accepted – or were forced to accept – to participate to what they were told is a simulation that took place on the ground in a building or hangar.

This is the best explanation by far. It explains their cooperation and the lack of stress in their voice (like bad actors) and many other anomalies in the content of the calls. It is nevertheless difficult to imagine (for us normal people) they were killed in cold blood after their collaboration.

Some of the passengers have been alleged to be Intelligence agents. This makes it harder to believe all the passengers were killed. This article shows how at least 50% of the alleged passengers had ties to the US military! This pleads for fake victims. So either (1) they are very real people who accepted to be relocated with a new identity, either (2) these people do not exist and are fake ID’s tied to real families.

The case of Ted Olson – neocon lawyer working for G. W. Bush, super zionist – how supposedly lost his wife Barbara Olson… We know for sure he lied about the phone calls he received from her. He said she she called him from the plane and we know he lied. The FBI officially proved it. This is extremely disturbing.

Maybe it is a mix… of people who died, people who were fake, and people who have been relocated… But the last solution (relocation under a new ID) is the most logical and the most supported by serious evidence, at least for some passengers: at least one of them was found alive! under a new ID and with plastic surgery… It is Barbara. Ted’s wife reappeared with a different ID and he re-married her! I wrote a post about it here.

This extra bit is total speculation: we can imagine this event was for some an introduction into their new job in the Intelligence Community.

A systematic inquiry would require investigating each one of the alleged passengers one by one… Investigating their families and friends slowly and carefully.

About the phone calls allegedly made by the passengers :
David Ray Griffin on the 9/11 Cell Phone Calls: Exclusive CBC Interview

Speculations about what happened to the planes and the passengers:
Questions and Answers about the Alleged Passengers of 9/11
The 9/11 Passenger Paradox: What Happened to Flights 175, 77 and 11?

Unraveling the Mysteries of Flight 11
https://jamesperloff.com/2015/08/12/unraveling-the-mysteries-of-flight-11/

What about the Passengers? What happened to them? – by Phil Jayhan
[one of the best contributions to this topic]
http://letsrollforums.com//happened-passengers-4-flights-t20496.html

An article with a strange allegation: 9/11 victims ‘may have had mobiles tapped by News of the World reporters’
https://www.mirror.co.uk/news/uk-news/phone-hacking-911-victims-may-140898

Rebekah Roth presents an account of what could have happened inside the planes on 9/11. Her books (Methodical Illusion and Methodical Deception) are fiction novels. It has been proved she is wearing a wig and hiding her true identity. She pretends to have had a carrier as a flight attendant. She says the planes took off and landed elsewhere.
https://www.youtube.com/watch?v=qdP95oSoOFk