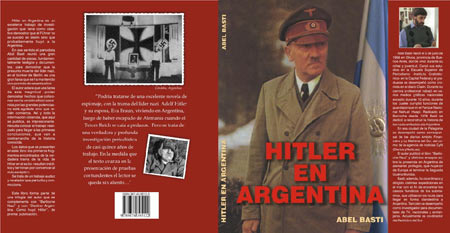 There had been a “conspiracy theory” that says Hitler escaped to Argentina in a submarine in 1945 and lived in a remote farm until his death sometime between 1954 and 1965… This was based on  witnesses accounts and speculations. In 2012 the FBI quietly released classified documents that seem to support this possibility. How strong is the evidence?

Books have been written. It was a rumor or an allegation for a few decades. According to the FBI files about Hitler released in 2012. I have read the 4 PDF files, heavily redacted, and found that the summary they make is pretty accurate: “In the aftermath of Germany’s surrender in 1945, western Allied forces suspected that Hitler had committed suicide but did not immediately find evidence of his death. At the time, it was feared that Hitler may have escaped in the closing days of the war, and searches were made to determine if he was still alive. FBI Files indicate that the Bureau investigated some of the rumors of Hitler’s survival.”

They write “not immediately” is if they found some kind of evidence later… In fact evidence was never found. It was left open. There is no evidence at all Hitler died in 1945. On the contrary there is evidence that he did not. Staline was convinced Hitler escaped. It would be interesting to have the Russian files about Hitler.

There is a documentary about it by Noam Shalev (Israeli) that is in the making right now, but nothing has been released yet.